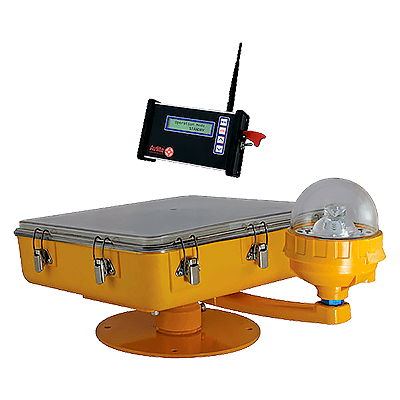 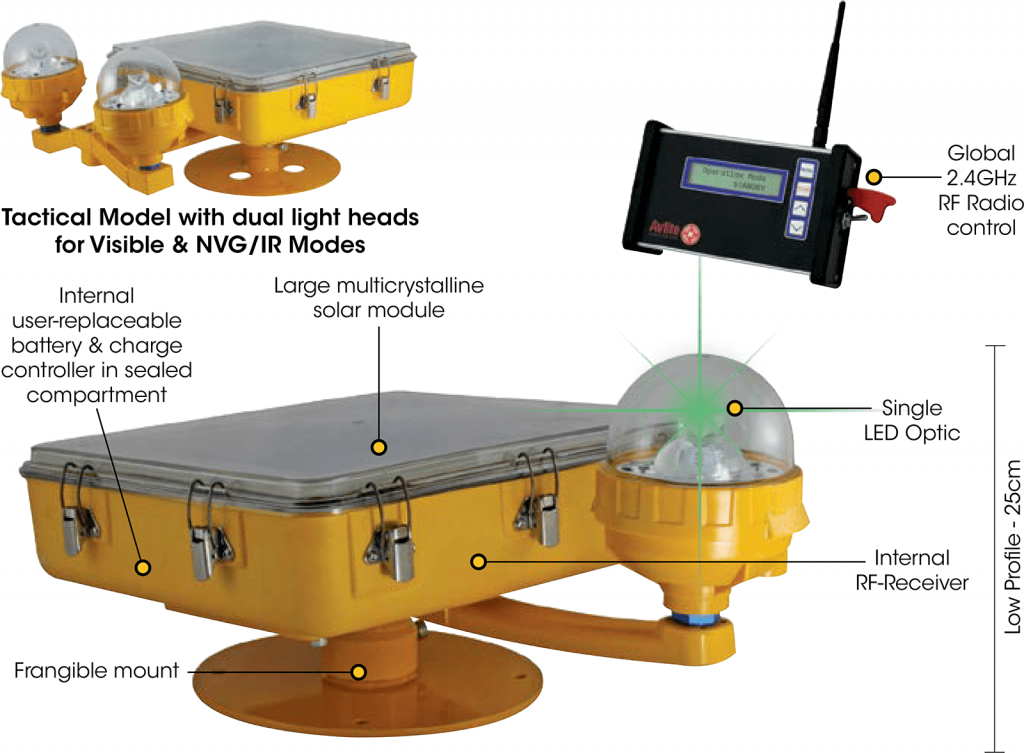 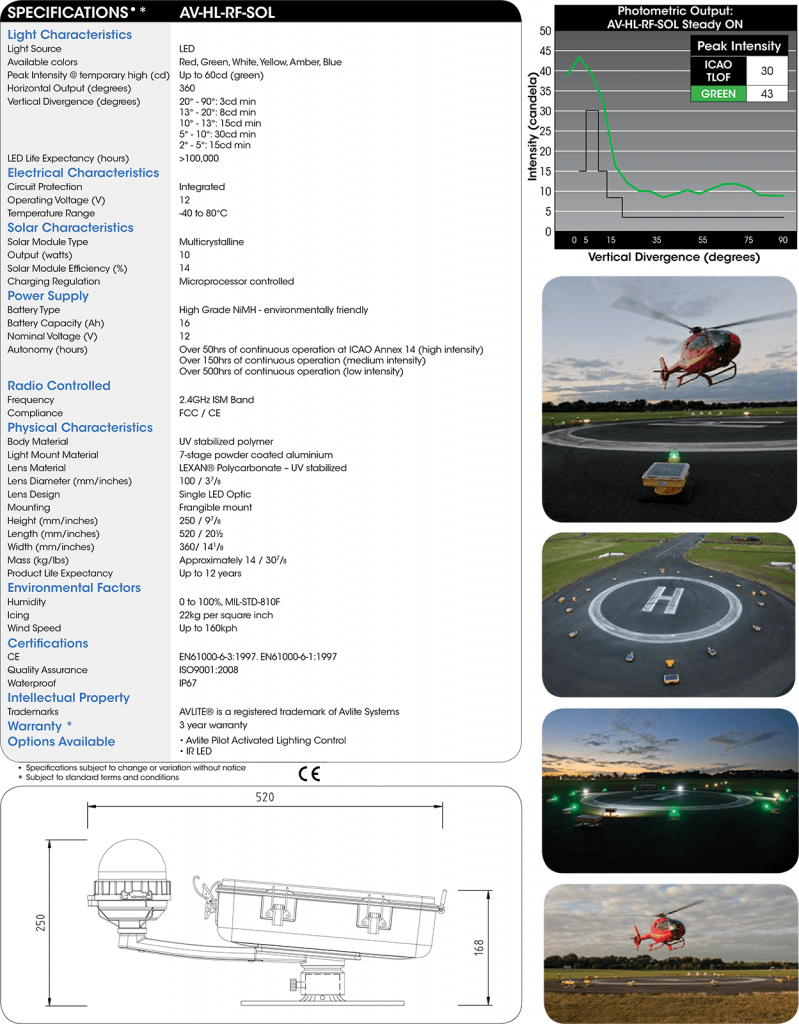 The helipad light comes ready for operation straight from the box, simply bolt the light to the supplied frangible mount assembly and install.

The unit is made from tough, impact resistant polymers in aviation yellow. A premium grade solar module is integrated into the assembly and mounted to collect sunlight. The solar array charges the 16Ah battery during daylight hours.

The unit also comes with an external battery charging port to assist in keeping batteries charged when in storage. This allows fast charging for demanding usage profiles or for poor solar environments.

The radio controller is designed to support a number of operational modes including 3-step intensity adjustment, and switching the system between visual and IR.

The solar powered helipad light and other Avlite fixtures may be supplied integrated with a Pilot Activated Lighting Control (PALC) for remote operation of an unmanned heliport.

Have a product question? Need a quote? Please fill out our online quote request form.

Get a Quote
© 2023 Flight Light Inc. All rights reserved.
Nobody Comes Through Like We Do